Over the past week, I ripped through Paul Beatty’s 2000 novel Tuff.

Tuff is my second work of Beatty’s after reading his Man Booker Award-winning novel The Sellout last year.

Whereas The Sellout’s fast-paced, reference laden satire hit my unsuspecting self like a whiff of nitrious-oxide, I came to Tuff more prepared, and ready to contend with Beatty’s combination of comedy, satire, and political/social commentary. 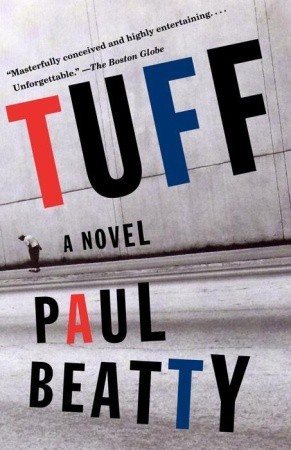 The book, written more than 15 years before The Sellout, feels a bit more optimistic, and a bit less cynical (with plenty reason), but otherwise Beatty’s strengths as an author, humorist, and cultural critic shine just as bright in Tuff as they do in The Sellout.

The book’s strengths are in its characters – Beatty creates caricatures that seem so outlandish and pulled from the pages of comic books, that you’re shocked when you begin to identify with these characters, relate to them, and begin to understand them. Each of his characters comes armed with their own worldview, experiences, and opinions, and the book is at its best when these characters are arguing with one another – the book is interspersed with bullshit sessions on stoops across East Harlem and the broader District 8 of the New York City Council.

To revel in Beatty’s whip-sharp jokes and turns of phrase alone, which themselves alone make his books’ worthy of a read, would be to miss out on some of the broader meanings behind his books. In a satirical but no-less-impactful way, Tuff asks very important questions about living in cities (especially New York), and the way these cities create a woven patchwork of coexistence and common experience, with lessons on every city block.